A Trip Along the Shrewsbury & Newport Canal Part 2

Longdon-on-Term was the furthest point of our cycle ride, but not the end of the waterway interest. Our route back to Norbury took us via the tiny hamlet of Wappenshall - so small that not only is it difficult to find on the map its difficult to realise when you've actually got there! We missed it completely and had to retrace our steps from the splendidly-named next village of Preston-upon-the-Weald-Moors. Even when we found Wappenshall we still had difficulty in finding what we were looking for as it was situated some way down a track that appears at first sight to be a private driveway.

The attraction at Wappenshall is a canal junction and transhipment warehouse, situated at the junction of the Shrewsbury Canal and the Newport Branch of what is now the Shropshire Union.

This illustration, taken from the Shrewsbury and Newport Canals Trust website shows how the Trust think the site might look at some future date. Today's reality is, I am afraid, somewhat different as these photographs show, not surprising really given that the canal was legally abandoned 55 years ago. 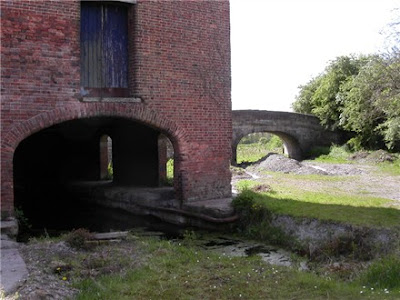 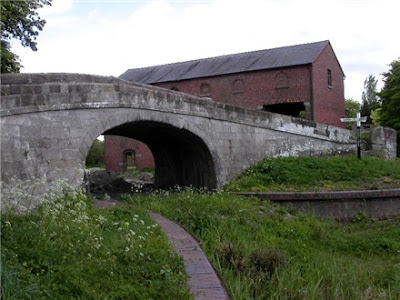 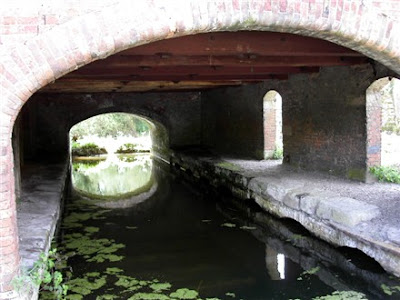 The Trust recently persuaded Telford and Wrekin Council to purchase the site to save it from falling into the hands of unsympathetic developers and they can now hold regular working parties to restore and improve the site. In fact, there's one this coming weekend if you are interested.
Its obviously going to take volunteer labour some considerable time to restore the area to its former glory but once they have done so, as well as being an attraction in its own right it will serve as an example of the benefits of restoring the rest of the line. I wish them luck.

And by the way, if the nPower electricty company is wondering why Telford and wrekin Council hasn't paid the electricty bill for the site its probably because they sent it to "Telford and Wrekin Council", Wappenshall warehouse, Long Lane, Wappenshall, Telford" and the postman, confronted with an unoccupied site, took the only sensible course of wedging it into a gap in the entrance gate!

A nice two part account Jim. I must take a look myself sometine.

I have enjoyed this two parter. There is something special about exploring the abandoned waterways.