I can do that too

Sarah on Chertsey has set up a new blog on which she's trying to "spot" all the town class working boats. Adam on Debdale has joined in with some of his photographs, so now I'm putting my two penn'orth in.
Sarah won't be using any of Adam's or my photos because the whole point of her blog is that she has to spot them herself, so in my case its just an excuse to post a couple more of my recently re-discovered 35mm slides from the 1970s.
So here are: 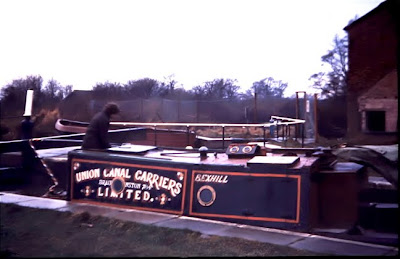 Bexhill at Braunston working as a camping boat in January 1974 ..... 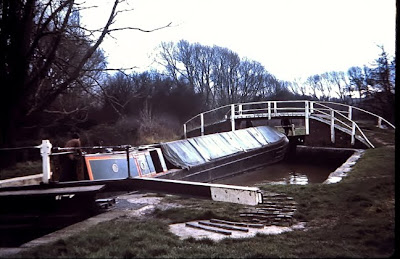