I took advantage of the lack of traffic on the main road up the Lune Valley from Lancaster today for a cycle ride to Kirkby Lonsdale and to take some photos of this set of milestones along the way that have been meticulously restored, although I know not by whom. 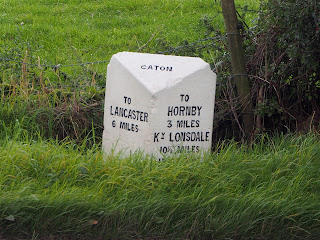 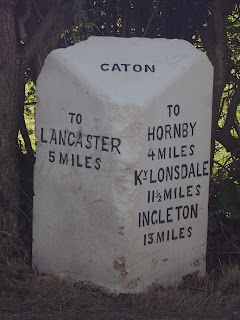 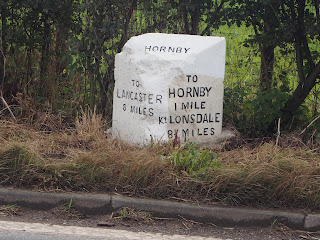 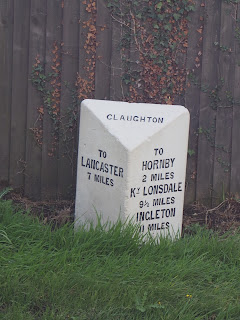 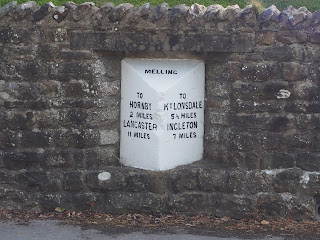 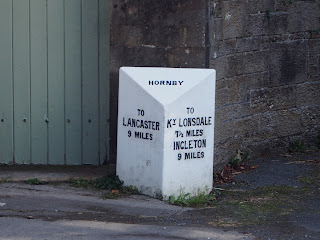 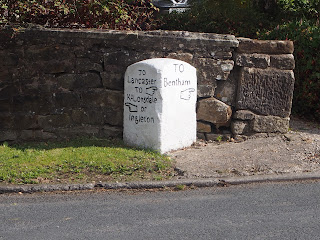 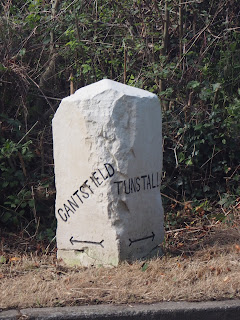 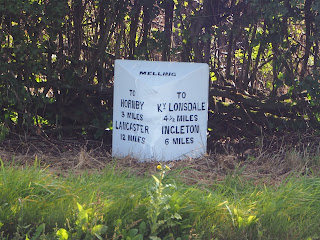 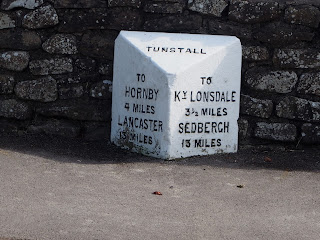 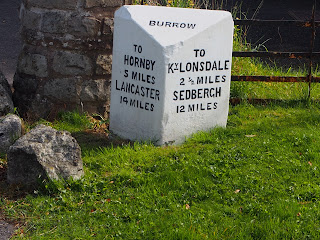 The Lancaster - Kirkby Lonsdale road, the A683, is also the site of another transport curiosity - the first ever white line to be painted in the centre of a British road! Here's a photo: 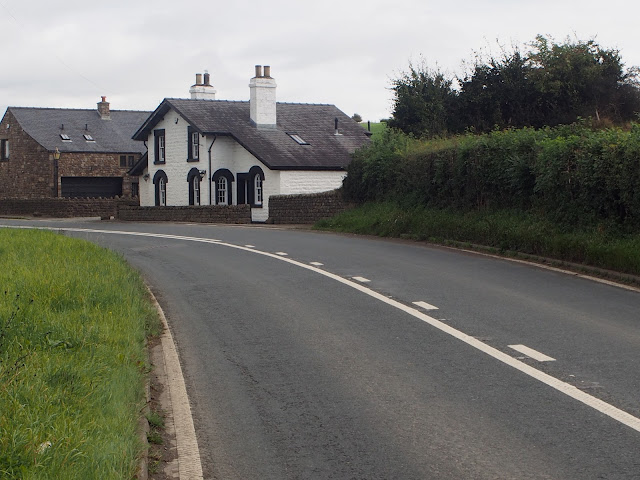 That's not the original line, obviously, but the story goes that about 100 years ago, in what were still the early days of motoring, the owners of a garage that stood on this site, adjacent the white house, were distressed at the number of head-on collisions and even more near misses between cars taking the bend in the middle of the road. To encourage drivers to keep to the left on the bend they painted a white line down the centre of the road.
Rather than being thanked for their public-spirited actions, they were taken to court and prosecuted for causing criminal damage to the road and only later was the system adopted nationally.
at September 19, 2022