We are just back from a few days away in Lincoln. One of the highlights of our stay was a cycle ride we made on Sunday covering thirty-eight miles of old railway lines and quiet country roads to the south and west of the city.

One railway line we came across was very much still in use - the line from Lincoln to Newark and on to Nottingham - which we crossed at Swinderby station.  The station isn't very convenient for the village it purports to serve, being 1600m distant and seemingly in the middle of nowhere. 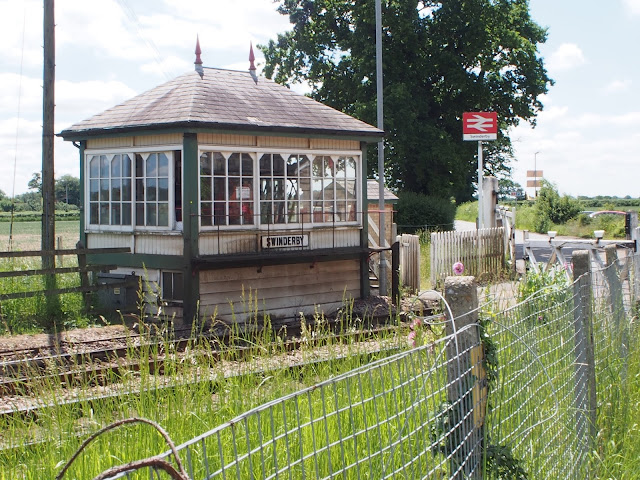 Such boxes are increasingly rare, being replaced by large centralised control centres, but Swinderby's, built in 1901 by the Midland Railway, is a listed building and still very much in use.

Despite it being a Sunday, we had managed (without trying) to arrive at exactly the right moment. We heard the bells ring out in the box, then the signalman pulling his levers, which meant a train was approaching. What I wasn't prepared for was what happened next: 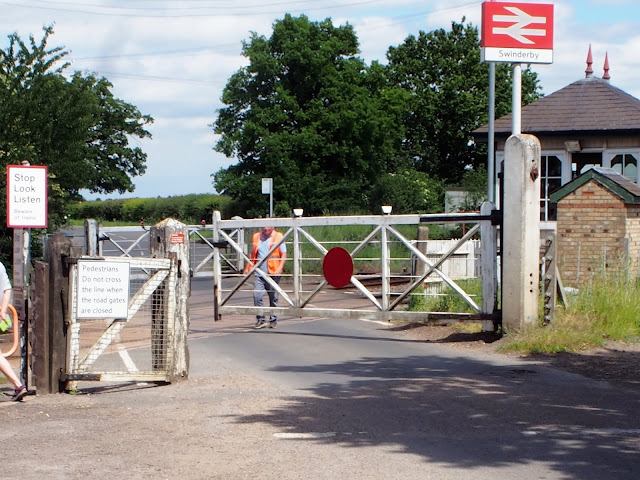 He came out of the box and manually opened (or closed, depending on your point of view) the crossing gates.

There was then quite a gap before the train arrived, which gave us a chance to admire the rest of the station buildings and the former station-master's house behind that are also listed.

The train was a "semi-fast" Lincoln to Nottingham service and not due to call at Swinderby, which on a Sunday has a better evening service than a daytime one. 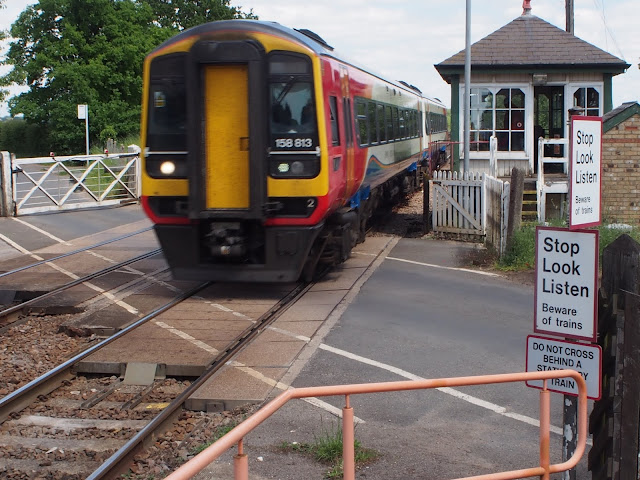 There was then another delay, whilst the signalman attended to more bells and levers before he emerged from the box to open the gates again.

Despite a closure of at least five minutes there were no vehicles waiting to come across from the Lincoln direction and only two waiting on the other side. As you can see in the photo above there is a handy bus stop serving the station, although the service using it runs from er...Lincoln to er...Newark and there are rather more trains to those places than there are buses, especially on a Sunday when there are no buses at all.

Resignalling next year will see all this swept away, according to my Rail Magazine.